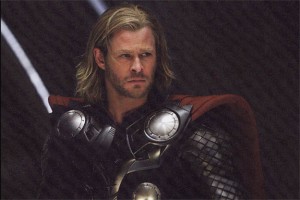 I loved the fact that Thor was directed by accomplished actor/director Kenneth Branagh, who is actually a personal idol of mine. He engaged me with his tactic to inject a little Shakespearean tragedy to the Thor movie, which other directors would have ignored. Unfortunately, he won’t be back for the sequel. END_OF_DOCUMENT_TOKEN_TO_BE_REPLACED

Talk about a movie development that comes out at left field.

Distinguished actor and arthouse director Kenneth Branagh is reportedly interested in directing the Thor live action movie being developed by Marvel Studios. The movie is expected to be released on June 4, 2010.

The success of both Jon Favreau and Christopher Nolan in directing a mainstream movie even though they have more arthouse roots could be one of the reasons why Branagh has put his hat in the very lucrative superhero movie genre. Another arthouse director Gavin Hood is currently working on the Wolverine solo movie.

I am supporting Branagh’s campaign. He could bring something really quirky to the Thor movie that will please both fans and critics alike.