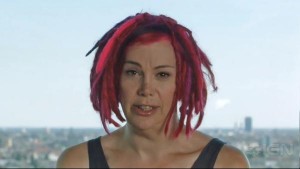 To fully control and steer such an ambitious film project, three directors decided to pull their talents together to make the movie – Tom Tykwer and the Wachowski Brothers. Tykwer is known for his wonderfully kinetic German film Run Lola Run, and the Wachowskis have already indelibly left their mark in fans’ minds with The Matrix trilogy. END_OF_DOCUMENT_TOKEN_TO_BE_REPLACED