Its pretty obvious that one of the biggest winners at the Box Office this year is Twilight, because of the female teen (and not quite teen) fan base. Because of this, the studios have been churning out more films for and about the girls, like Sex and the City Movie, which was a huge success and the upcoming Hannah Montana the Movie, also slated to be the hit of 2009.

There’s nothing like the power of the box office,…There’s a segment out there that probably hasn’t been given their fair due, and now certainly you’re going to find creative folks out there [looking at more female-driven properties].”

With Twilight getting great numbers when it opened, it was a sure thing that the other books in the series will also get the movie treatment. In fact, the other books are now being put into development. Summit Entertainment has already acquired the rights to the next three novels of Stephenie Meyer’s vampire series. Melissa Rosenberg, who wrote the script for Twilight, has also been tasked to write the scripts for both New Moon and Eclipse. 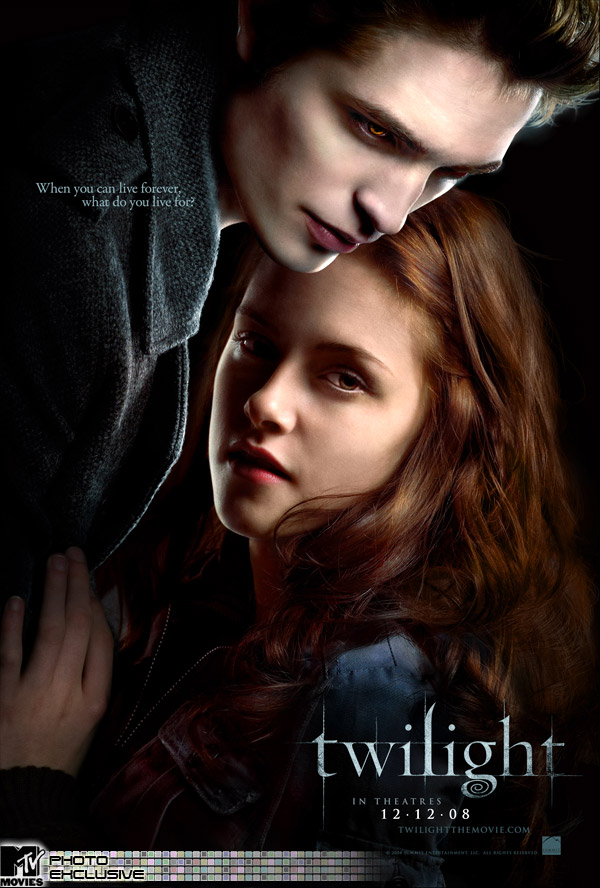 The teaser poster for the much anticipated movie Twilight has been finally released. The poster was designed by 18-year-old Joey Lawrence.

Twilight, which will be directed by Catherine Hardwicke is based on the popular novels written by Stephenie Meyer. The movie stars Robert Pattinson (who played Cedric Diggory in Harry Potter and the Goblet of Fire) and Kristen Stewart.

Expect the girls to swoon over this movie when it opens on December 12.