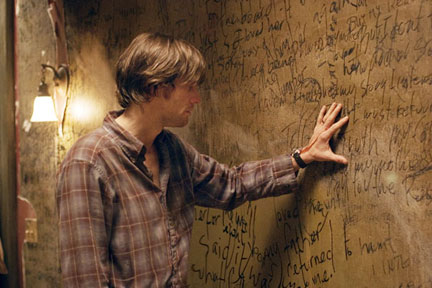 With Jim Carrey’s thriller The Number 23 coming out this Friday, I thought you might like to feast your eyes on this exclusive new movie feature trailer.  See the psychological thriller’s feature here.

Directed by Joel Schumacher, actors Virginia Madsen & Danny Huston assist Carrey in trying to make this film believable.  Good luck with that one, I say.

The Number 23 focuses on a middle-aged man (Carrey) whose life begins to unravel when he comes into contact with a book entitled, “The Number 23”.  As the character reads more of the obsessive book he finds himself further convinced that it is based on his life.  So, the movie is kinda like Stranger Than Fiction, except it’s not too funny, but then again Will Ferrell’s Stranger wasn’t very much either.